Bob is 52, a Pillar user, an energy consultant and lives in the rolling hills of Chepstow, Monmouthshire. The riding is apparently fantastic there – plenty of sturdy climbs, stunning views, and reasonable drivers. Any rider’s dream, really.

Here at Pillar, we’re building the perfect training companion for your riding.

In the process, we’re talking to many cyclists, learning what motivates them, what they love, what they try to avoid, and the ways cycling changed their lives.

This week we caught up with one of our previous cycling stories, rider Bob Millar, to catch up with his training progress and talk about all things cycling. To read Bob’s previous blog, click here.

Bob started a training program with the Pillar app to tackle the Rhine “sea to source” cycle route, from the Netherlands to the source of the Rhine in Switzerland. As Bob’s goal was focused on a long distance multi day event, the key focus was base training, that is to build a strong aerobic base at the start of his plan by focusing the largest portion of his training time below his aerobic threshold power, in zone 2 (Aerobic Threshold) and 3 (Tempo), combined with a smaller time spent at his zone 4 (Anerobic Threshold) power. In previous years, Bob had done a lot of his training around threshold intensity, as he believed that was where he would gain the greatest benefits. Like many others, Bob was initially curious as to how this slow and steady style of training would work. However, after initially being hesitant about this new training approach, Bob started to feel the benefits with the sensations he was having whilst riding his bike. He felt he was getting fitter and had the ability to recover much quicker between efforts.

Building a strong base at the start of a training plan is essential as it brings specific physiological adaptations, which provide a foundation for further training. Base training is completed at the beginning of your training plan and typically takes between six and twelve weeks depending on your training history and the duration until your goal. The base phase is designed to develop your aerobic energy system. Not only does this phase create a strong foundation, but it also sets you up to absorb a greater workload further in your later training phases.

In only a few months by supplementing his training using the Pillar app, Bob has shown great improvements in his performance. After 3 months of committed base training in Zone 2 and Zone 3, Bob has made some clear improvements in his physiological profile. Bob has improved his aerobic threshold by 15 watts. His FTP has increased from 245 watt to 260 watt, a solid 6% increase. This proves that focusing on building a good aerobic base at the start of a training plan is important, something that Bob himself questioned during the start of his plan. Bob has now set the foundation for further progress as he transitions to his next block of training.

However, numbers aren’t everything when it comes to cycling. Recently Bob visited Tenerife to tackle Mt Teidi on one of his cycling adventures. Being the longest cycling climb in Europe, Mt Teidi is certainly a challenge for even the strongest of climbers. Bob had a great time during his trip, and he was very surprised with how he felt during the ascent of El Teidi climb. He felt during his hardest ride of the trip that he certainly had been helped by the training he had done using the Pillar app.

I certainly felt on the ride that I was being helped by the training I had done using Pillar app.
- Bob, Pillar User

Unfortunately, like many other sporting events and the uncertainty of traveling abroad, the original goal of completing the Rhine “sea to soure” cycle route has been postponed until next year. Despite this, Bob has already got alternative goals and cycling adventures planed. Next up for Bob is a lot of Gravel riding challenges and adventures. First up for Bob is to undertake the 240km off road route of Calder Divide in Yorkshire. He’s also looking to complete the West Kernow Way off road route in Cornwall later this year.

The Pillar team is already looking forward to seeing how Bob progresses over the next training block and keeping up to date with his cycling adventures. Keep up the good work Bob!

Inspired by Bob’s story and want to take your performance to the next level? If so, download the Pillar app today.

The Pillar app is a smart and dynamic training companion, which creates you a personalise training plan based on your fitness, your goals and availability. Pillar is here to support cyclist of all levels, no matter what your goal might be. Whether it’s for an endurance event, the weekly club run, a local KOM/QOM, or for general health benefits. Pillar is providing cyclists with a smart training structure and specific training sessions that cater specifically to the requirements of your goal or event.

Find us in the play and app stores: 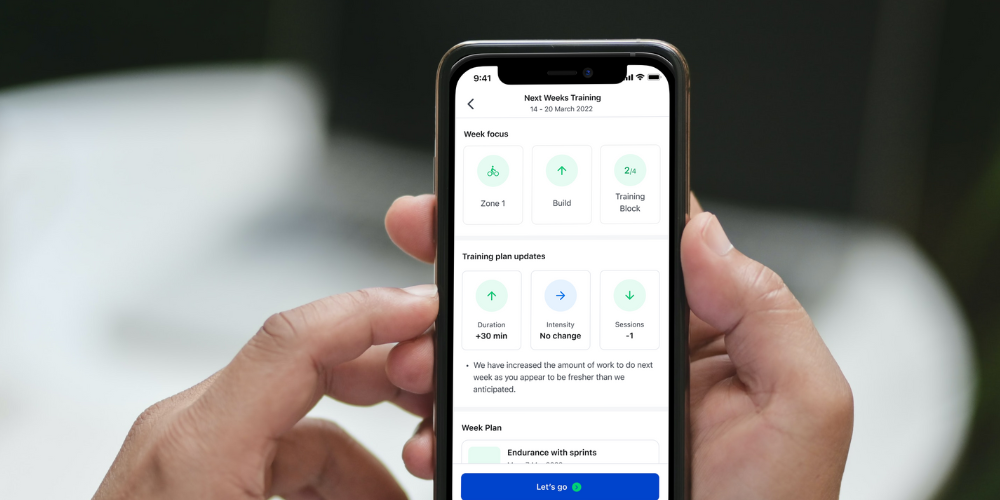