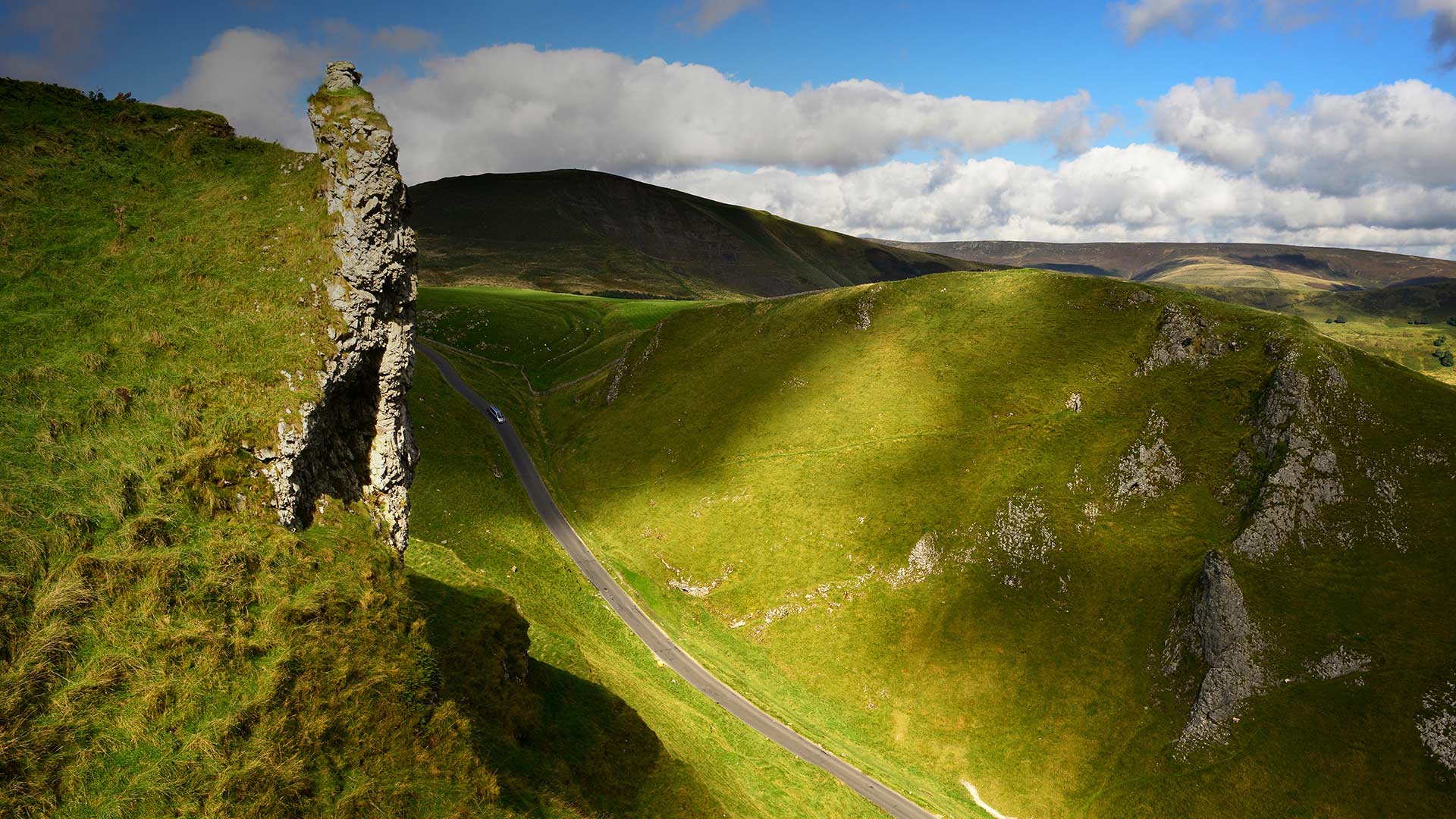 Last year's edition was held in Streatley, Berkshire, where Bithja Jones was crowned with the women's title and Andrew Feather won the men's title. With the return of some normality since last years event, its anticipated hundreds of riders and spectators will descend to the Derbyshire climb to enjoy this uniquely British event. Where else in the world will there be such excitement surrounding a group of men and women grinding their way up a short steep climb.

For all cycling enthusiasts, the iconic Winnats Pass climb needs no introduction. The selected course will start just above the first cattle grid adjacent to Speedwell Cavern and finish just before the second cattle grid adjacent to Winnats Head Farm. This ensures the riders will tackle the hardest section of the climb with a total course distance of 0.56 miles and an average gradient of 16%. This climb will certainly provide a brutal test for this year's Nationals.

When the last national edition was held on this climb there were no championships for women. Therefore, this years edition will mark the first crowning of 'The Queen of Winnats'. To mark this occasion the female competitors will be the last to start in this year's race.

This year's event is jointly organised by myHill Cycling and Rutland CC with volunteers from Sheffrec CC and Lifting Gear Products/Cycles in Motion.

Below Pillar takes a look at this year's climb and the favourites to take the title.

Returning for the first time since 1977, this year's championship will take place on a section of the Winnats Pass. The full length of the climb is 1.1 miles, with an average gradient of 11.4%. The National Hill Climb section will start just above the first cattle grid and finish before the second cattle grid adjacent to Winnats Head Farm. This will ensure the riders ride the most difficult, steepest, toughest, and arguable for the spectators the best part of the climb.

The National Hill Climb course is set out to be 0.56 miles with a total height gain of 140 meters. The riders will have to battle against an average gradient of 16%, with the maximum gradient topping out at a testing 18.3%. The steeper sections of the climb are taken on at the middle of the climb and towards the finish.

The weather predictions for this Sunday's race looks promising, with no rain forecasted and only slight winds. The wind speed is set to be around 6.6-8.4 m/s, and the temperature is predicted around 7.3-9 °C.   The riders will face a headwind on the first section of the climb and then a cross-wind on their last push towards the finish line.

Starting as the last riders off the start line, Bithja Jones and Andy Feather will be looking to retain their National titles. Both enter the race in good form and are considered in good stead to defend their titles.

In the women's field, retaining champion Bithja Jones is looking like a strong favourite to win this year's title. She's already taken a few hill climb victories this season, including a win at the infamous Monsal Hill Climb earlier this month. Mary Wilkinson finished second place to Jones at the Monsal Hill Climb, just 4 seconds off the winning time. Can Mary Wilkinson, who's come close on so many occasions secure this year's title?

Another rider entering the race as one of the favourites to the podium, but who has unknown form due to the lack of hill climb racing this season, is Monica Greenwood. Greenwood has only completed one hill climb this season, but she did take that victory by a significant winning margin.

The recent Everest record-holder Lilli Gardner of CAMS-Basso Racing is also among the favourites to take this year's title. The young rider will be looking to add the national title to her already successful climbing achievements achieved this year.

In the men's field, among the favourites to take this year's victory is Tom Bell. Already with a handful of hill climb victories this year, Bell is in a great place to contend for his first national title. Starting last, retaining champion Feather will have the task of chasing down race favourite Tom Bell. Andy Feather also has a few wins under his belt this season.

After taking the win at the Welsh Hill Climb Championships earlier this month, former national champion Dan Evans will be looking to continue his winning streak. With the Welsh Championships taking place on a much longer climb (The Tumble), will Evans be able to adapt his form for the much sorter effort required at Winnats? Rebecca Richardson of Team Brother UK is also one to watch out for as she dominated the women's field at the Welsh nationals by taking the win by over 90 seconds.

Are you as excited as the Pillar team for the start of this year's championship?  If so, keep an eye out for more related hill climb posts and blogs. If that's not enough and you want to improve your own hill climb performance, sign up for our hill climb training packages. Who knows, it could be you in contention for next year's title.