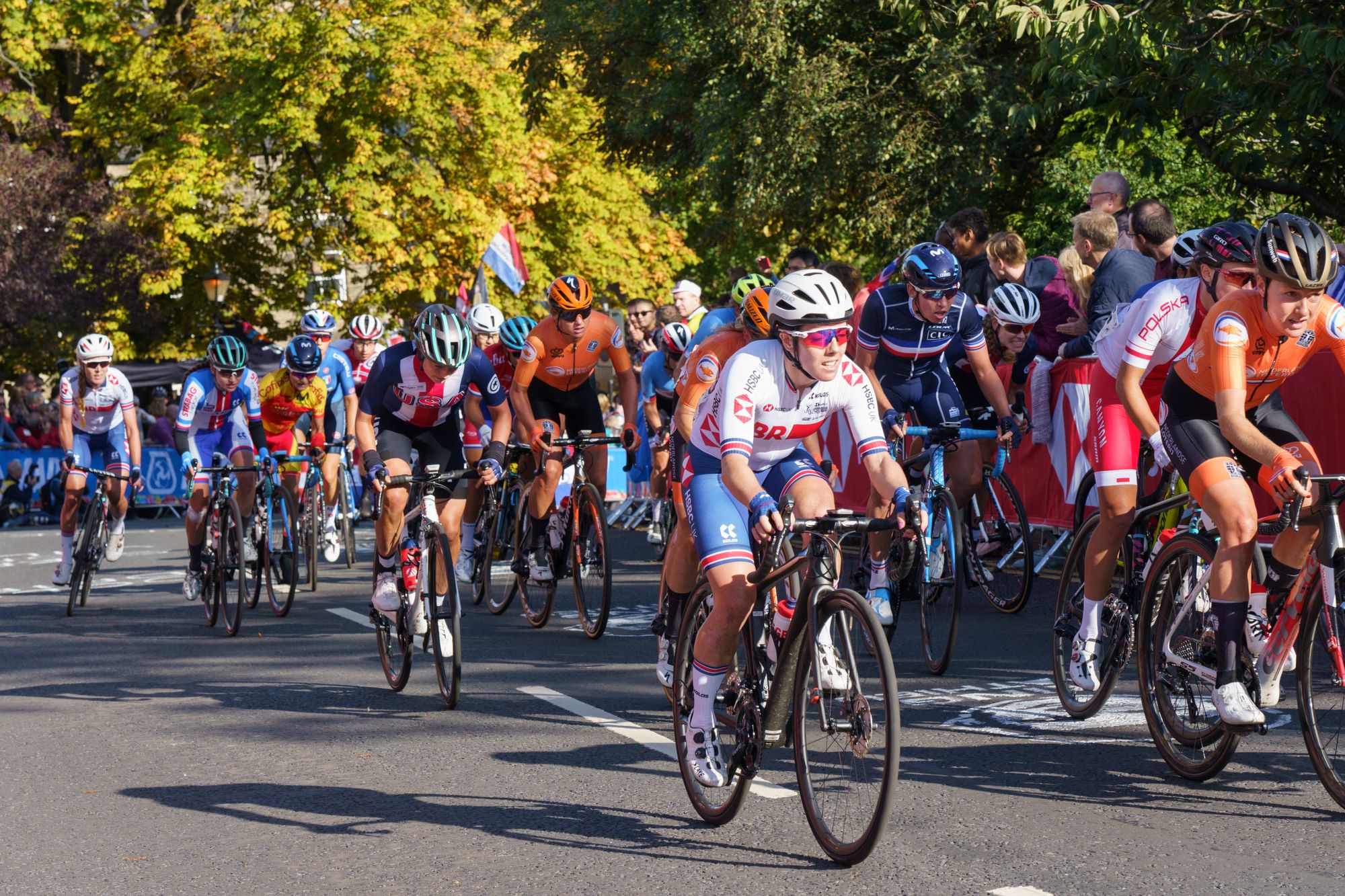 After a year's absence and then the postponed June start date due to the Covid-19 pandemic, the Women's Tour of Britain finally returns to the racing calendar for its seventh edition. The 2021 AJ Bell Women's Tour will take place from Monday 4th of October in Bicester to Saturday 9th of October in Felixstowe. This year's race will welcome some of the best teams and riders in the Women's Pro peloton. Additionally, this year's edition will see the introduction of an individual time trial for the first time in the race's history and a kermesse-style stage. It's certainly set out to be a good one.

We've put together the following guide so you can fully appreciate this year's AJ Bell Women's Tour of Britain.

Following a great year of racing so far in the Women's UCI calendar, this year's Women's Tour isn't one to miss out on. With a relatively flat course, this year's race could be another close battle between the GC riders like in previous year's of the race. However, with the innovation and changes made to this year's race format, we might see a different outcome compared to the racing seen in previous editions.

This year the race organisers have made the decision to include an individual time trial on stage 3, along with a Kermesse-style stage on day two of the race. A Kermesse is a style of road racing that consists of many laps around a short circuit that generally starts and finishes in a town centre. It is a very popular format in Belgium (the heart of cycling). For this year's tour of Britain, the Kermesse will be hosted at Walsall and therefore a great opportunity to watch the race and see your favourite riders. A Kermesse brings a different challenge to the riders. Tackling the same terrain multiple times gives the riders an opportunity to really understand and plan their tactics whilst also observing the strengths and weaknesses of their rivals. This day promises plenty of action for both the spectators and riders.

Stage three will see the introduction of an individual time trial for the first time in the race's history. The riders will face a 16 kilometre flat course that's replicable to the classic 10 mile time trial that is so iconic to the UK's cycling heritage. This will be an important day for GC contenders. With no stage finishing up a significant hill, finding time gaps between riders will be extremely tough in the other stages. The inclusion of the time trial gives the opportunity for riders to put time between themselves and their rivals. However, with only being a 10 mile time trial, these are not expected to be big gaps. Therefore, a rider may not win the GC battle just via the time trial, but a rider could certainly lose the GC battle here.

It is expected to be another tight battle for GC that is likely going to be decided on the last stage. With a course that contains all types of terrains, each rider will feel like they have a chance of getting a result. This will make for some very aggressive and unpredictable racing, making it a tactical nightmare for teams, but excellent viewing for the fans.

The last edition was won by Lizzie Deignan of Trek-Segafredo in 2019. Former winners also include Coryn Riviera (2018), Kasia Niewiadoma (2017), Lizzie Deignan (2016), Lisa Brennauer (2015), and Marianne Vos (2014). Among the favourites to win this year's title is retaining champion Lizzie Deignan. After an arguably less successful season compared to previous year's of her career, can the Brit get back to her winning ways and take this year's title? Lizzie showed some excellent form in the World Championships this weekend, put together with racing at home, she is certainly in contention to take the title for her 3rd time.

Other British riders to look out for are the Barnes sisters, Hannah and Alice will both be taking to the start line for Canyon SRAM Racing. After a strong showing for both the sisters at the start of the year with Alice finishing 7th at the Healthy Ageing Tour and Hannah taking 5th place at Omloop Het Nieuwsblad, can the Brit duo take a stage win on their home roads? Another Brit looking to make her mark on the race will be Drops - Le Col s/b TEMPUR, Joss Lowden. After winning the Tour de Feminin and finishing eighth at the recent World Time Trial Championships, Lowden will definitely be looking to finish her strong season on a high. And finally, look out for Pfeiffer Georgi a young British talent on the way up. She had a phenomenal performance at the World Championships supporting Lizzie and racing on home ground for the first time this year, she could be a real threat for stage wins and possibly GC.

Outside of the British riders, the top favourite has to be this year's Olympic Time Trial champion, and recently bronze medalist at the World Championships Time Trial, Annemiek van Vleuten. With a time trial on stage three, the Dutch rider will aim to use her time trialling strengths to gain valuable time on her GC competitors. Whilst not as strong in a time trial as Van Vleuten, newly crowned road World Champion Elisa Balsamo (team Valcar) will be looking to wear the world championship jersey with pride and no doubt will be battling at the pointy end of the race.

Where to watch the Women's Tour

Unfortunately there will be no live broadcast of this year's Women's Tour.  To keep up with all the race action the race highlights will be available to watch on ITV4, Eurosport, and the Global Cycling Network.

Pillar will also be providing you with a daily summary of the race events.

The Sigma Sports light blue jersey is awarded to the race's most consistent finisher across the six stages. At each stage finish, riders will battle for bonus points, the rider who has accumulated the most points will win the jersey. Lizzie Deignan of Trek-Segafredo is the current previous winner of the blue leader's jersey.

Skoda Queen of the Mountains Jersey

The green jersey is awarded to the best climber in the Women's Tour. Kasia Niewiadoma of Canyon/SRAM racing is the most current previous winner of this jersey. This is the Women's Tour equivalent of the polka dot jersey in the Tour de France.

The Eisberg sprint red jersey is awarded to the best sprinter in the race. Coryn Rivera of Team Sunweb is the current previous winner of this jersey. It's the Women's Tour equivalent of the green jersey in the Tour de France.

The 2021 Grand Depart will be hosted in Oxfordshire, with the first stage starting from Bicester and finishing in the market town of Banbury. This year's course will see riders covering a total race distance of 535 kilometres over six stages.

The 2021 Women's Tour of Britain gets underway with the Grand Depart through the Oxfordshire countryside, starting in Bicester and ending in Banbury. The riders will face a challenging first stage which includes three categorised climbs in the final 60 kilometres. With two ascents of the Sibford Ferris climb close to the finish, it certainly looks like a day for the punchers. Being a stage just short of 100 miles, the athletes will have to really pay attention to their nutrition and the effort they produce during the stage. This is the start of a long stage race, therefore under fueling here, or expending too much energy, is likely to catch up with the athletes at the end of the race. Therefore, this is a critical stage to get right and could determine the eventual outcome of the race. Not necessarily by the result of this stage, but how hard this stage is ridden.

Stage two will start in Walsall and finish in Walsall as the stage will follow a Kermesse-style race style. This stage promises plenty of action for both the spectators and riders as they complete a 10 kilometre circuit that will be tackled 10 times. The circuit will include three SKODA Queen of the Mountains points opportunities and three intermediate sprints. This stage is definitely one to look out for. Expect this stage to be full of tactics and aggressive riding as riders who are not strong at time trailing seek to take advantage of the punchy style terrain and whilst the time trial specialist look to conserve energy for tomorrows stage.

Stage three will showcase the first ever individual time trial at the Women's Tour. The riders will face a 16 kilometre course on a flat counter-clockwise circuit that starts and finishes in Atherstone. Can any of the British riders take to the top step of the podium in this classic British 10 mile time trial format?

Stage four will see the riders tackle a flat 117.5 kilometre route from the start in Shoesburyness, through the rural roads of Essex before reaching the finishing line along the seafront of Southend-on-Sea. The riders will only face one categorised climb on stage four. The Hambro Hill climb is 4.9 kilometres long with a peak gradient of 12.8 %. How this stage is ridden will be heavily dependent on the weather, with exposed open road, there’s a strong possibility of crosswinds which could make this stage extremely difficult for the rides, yet fascinating for the spectators. Finally, with a punchy climb with 13 kilometres remaining from the finish, this could be the perfect opportunity for an ambitious attempt to take the stage win, or even for the GC contenders to gain time on their rivals.

The penultimate stage brings the riders into Colchester before the stage makes its way to the finishing line in Clacton. Colchester will also host the Grand Depart of next year's race. Stage five is the shortest stage of this years event at 95.5 kilometres, with a total elevation of 555 meters. This could be an easier day in the saddle, which could offer the riders some well-earned recovery time before the final stage.

The AJ Bell Women's Tour finishes with a likely stage for the sprinters. The riders face a 155 kilometre stage that heads from Haverhill to Felixstowe. The last stage  includes two categorised climbs, one early in the stage and the last at the closing end of the day.  After six days of racing, who will be standing on top of the podium at Felixstowe?

Once again, the Women's Tour has attracted some of the best teams and the worlds best riders. This year's lineup includes sixteen teams which include a mixture of World Tour Teams and Continental Teams. All nine of the top division UCI Women's World Team will take to the starting line. The British teams included in  this year's race are AWOL O'Shea, CAMS-Basso Bikes, and Drops-Le Col s/b TEMPUR,

What team and riders will you be supporting this year? If you're not sure yet,  take a look below at the full list of teams taking part.

Are you as excited as the Pillar team for the start of this year's race?  If so, keep an eye out for more related Women's Tour of Britain posts and blogs.